I have recently written a Money class in C# with generic and multi-currency support.

Why should I use it?

It is supposed to be different than the existing ones.

How is it different?

Technically speaking, if your custom type is CustomNumber, then the following restriction applies on CustomNumber:

You can apply the same principle to support conversion to and from any data type you want.

Good question. Yes, you can specify the currency when constructing a Money object. If you do not specify a currency, the currency from the your machine’s currenctly set UI culture will be used.

In v1.0.0 and v1.1.0, you can specify currency as string. However, ISO 4217 currency codes are introduced as enums in v1.1.0 and methods taking string currency as input are marked as obsolete. String currency will be removed completely in future versions. In short, you should use Currency.AUD instead of "AUD".

Okay. Where do I get it?

You can simply add a reference to this nuget package and start using it.

Oh wait, did you mean get the code? You will find the code in this github repository.

Can I see some code now?

Sure. Here is a basic example:

Each money object exposes the currency (always in upper case) and the amount it represents. Money objects are comparable with each other, only if they are of same currency. They also support unary operation as well as binary operations with built-in data types.

What if I have different currencies?

Well, that is the main purpose behind this project. Regardless of your currencies of the money objects, you can actually combine different money objects together using binary operators (+, -, *, /, and % to be exact). What you get back as a result is a Wallet. Let me show you what I mean.

Okay, what do I do with a wallet?

You get the result. There are two different ways to get result in two possible scenarios-

The first case is pretty easy and simple. In this case, you know for sure that you will only be dealing with single currency. After combining money object into a wallet, you get the result as:

Pretty straight forward. However, for the second case, the Wallet actually needs to know how to convert between currencies. Now, this is a sacred knowledge I am NOT willing to put inside the Wallet implementation for countless reasons. Rather, I ask you to provide your own currency converter to do the conversion. Your currency converter has to implement the interface ICurrencyConverter<T> available in the Money namespace. The generic type T here is actually the type you are using to represent money. As an example, if you are using decimal (a pretty good choice for almost all real life scenarios) to represent the amount in Money, then your currency converter should look something like:

With the above implementation (I mean, when you actually implement it), you are now ready to do any multi-currency operation like:

Will you provide a default currency converter with Money?

I cannot write my own converter, please help.

Okay. I have a plan to provide some currency converter utility classes in future which can be used with Money. They will basically consume online services for currency conversion available now a days. However, those classes are not any how related to this Money implementation and will never be. Having said that, you can easily use that currency conversion utility classes (that I will right in future) with this Money implementation. I will even put some example code on how to do that. Once that is done, I will publish the link here.

Psst… if you have done it already and is available publicly, let me know if I can add a reference here.

Anything else I should know about?

Yes. If you are cleverly thinking of using EvaluateWithoutConversion method of a wallet with multiple currencies in it- so that you dont have to write a currency converter, I say good luck and go ahead. You will be immediately greeted by InvalidOperationException with a nice and friendly message.

I assume you will be a good citizen and write (or, find) your currency converter implementation and use it properly. Without even touching your code, I would like to make it a bit more effecient. As most of the currency converter will be consuming online services, they are likely to be slow. So, calling it to conver 10 USD -> AUD and then again 3 USD -> AUD seems like a very bad choice. To eliminate this issue of your currency converter (!), I have provided a magical wrapper class called CachedCurrencyConverter. The way you use it is:

It does not require you to write too much code, but improves the performace of your currency converter. Because, it queries for a currency pair (e.g. USD to AUD) only once and remembers the conversion rate. Next time, it does not query for the same pair (regardless of the amount) rather serves from memory. Best thing about it, you don’t even have to think about any of these when you are writing your own currency converter.

I don’t like typing Money<T> all the time. What do I do?

Okay. If you have decided on a data type you will be using to represent the Money amount (and, it better be decimal), here’s is a nice trick you can do.

Inside your namespace declaration, type:

Then, you will be able to use it in a simplified form as:

So far, cool. However, why don’t you have XYZ feature?

Sorry, I didn’t think about XYZ before. Please create an issue in github with some description of the XYZ feature. Then we can continue discussion there and decide whether we can actually build it.

Please create an issue first. If you are interested, you will probably be requested to create a pull request to fix the bug. Otherwise, one of contributors will fix that. Thank you in advance for reporting it though.

That’s all folks. Hopefully, you feel like creating your own forex business now. 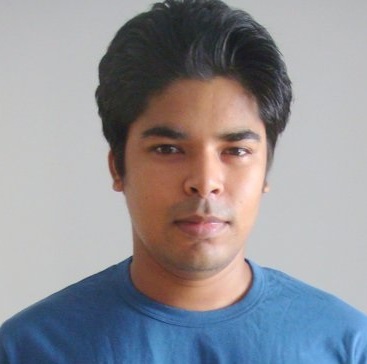